ESTIMATED DAMAGES AND CASUALTIES IN DHAKA CITY DUE TO POSSIBLE EARTHQUAKE

Earthquake risk at any location depends on the seismic hazard as well as the vulnerability of its structures. For old city
like Dhaka, a larger portion of building is very old and consequently vulnerable and local construction practice also
has a strong bearing on the seismic vulnerability. Dhaka City Corporation, which has a population of about 6 million
in 90 wards. Most of the wards are in older part of the city, which has a population density exceeding 60,000 per
square kilometres. For the city, a building inventory of 3668 buildings from eight wards was compiled. Together with
BBS data, data from Geological of Bangladesh (GSB) and Dhaka City Corporation, this building inventory is used in
different analysis purpose. A soil database of 253 boreholes is developed which are used to develop site amplification
and soil liquefaction potentials assessment of the city. Three past historical earthquakes are used as scenario events
namely 1885 Bengal Earthquake, 1897 Great Indian Earthquake and 1918 Srimongal Earthquake. Earthquake damage
of buildings of different typologies was estimated by using fragility curves proposed by Arya. Human casualty (death
and injury) was estimated by a morbidity model proposed by Coburn. If the 1897 Great Indian Earthquake occurs
again, on an average 28% of buildings will be estimated to be damaged and 3.7% of total population will be dead and
injured.

1. Arya, A. (2000). Non-engineered Construction in Developing Countries – An Approach toward Earthquake Risk Prediction, Proc. of 12 th WCEE. No.
2824 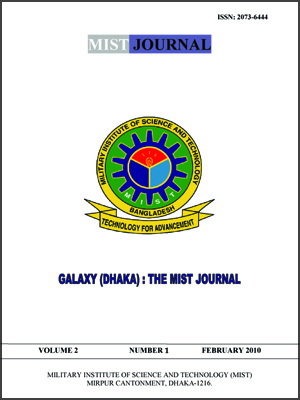