CHALLENGES OF GLOBALIZATION: HOW BANGLADESH CAN ADAPT ITSELF TO REAP THE BEST BENEFITS IN THE 21ST CENTURY

The study investigates specific information regarding the challenges of globalization faced by Bangladesh and how it should
prepare itself to coup with the challenges. The result suggest that Bangladesh is not in comfort in coping with the winds of
globalization, as it has less access to and use of different opportunities living at the margin in the hierarchies of global order with
low technological base, poor infrastructures and governance in most arenas. The study also suggest that Bangladesh needs to be
engaged with all its development partners in a healthy and constructive process of interaction on stabilization, reform programme
and other critical issues like national capacity building, competitiveness, political stability, cross border terrorism, arms and drug
trafficking, climate change and environmental degradation. The policy implication is that various economic policy orientation and
utilization of resources should be as such that they can supplement economic growth in a sustainable manner and create avenues
for employment.

[8] Chowdhury, Toufic A, and Raihan, Ananya, “ Implications of WTO on the Banking and Financial sector of Bangladesh”, (Unpublished research report). BIBM, Dhaka, 1999.

[12] R Sohan and M Ahmed “ Public Enterprise in and intermidiate Regime; A study in Political Economy of Bangladesh”, BIDS, Dhaka, 2004. 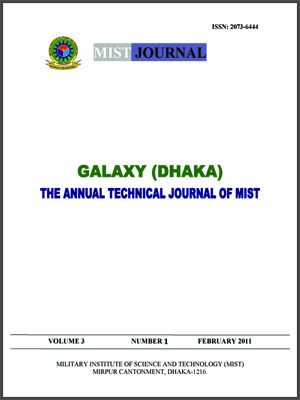